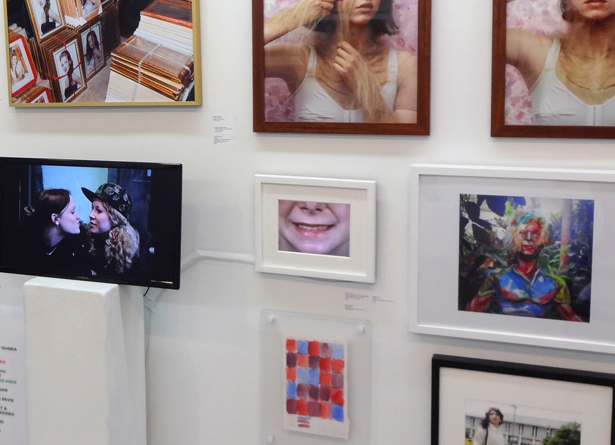 My video, You’d Look Prettier if You Smiled More, will be on view as part of a group exhibition curated by artist, activist and educator, Lorenzo Triburgo at Amos Eno Gallery in Brooklyn, NY. The exhibition will be on view July 11-27, 2019.

Please read more about the exhibition below:

Amos Eno Gallery is pleased to present The Social Policing of Gender and the Criminalization of Queerness, a group exhibition of works selected by Guest Juror Lorenzo Triburgo. An opening reception will be held on Friday, July 12 from 7-9 PM at 56 Bogart Street in Brooklyn, NY.

This exhibition is based on a call for works that address ‘gender policing’ in both the tacit, subtle ways that impact everyday life and through systemic institutional punishment. The exhibition will feature a range of voices from the Brooklyn community, incarcerated and formerly incarcerated individuals as well as national participants. Triburgo is a Brooklyn-based multimedia artist, activist, and educator whose practice encompasses performance, photography, video and audio. The exhibition will be held at Amos Eno Gallery, a nonprofit art gallery in Brooklyn dedicated to promoting contemporary work by emerging and mid-career artists.